Style Points is a weekly column about how fashion intersects with the wider world.

Tennessy Thoreson has been keeping a pretty big secret for a year now. The recent fashion school grad was named the latest “Amigo” of AZ Factory, the brand founded by the late Alber Elbaz—previous talents tapped for the honor include Thebe Magugu and Ester Manas—and given the opportunity to hold his first major show during haute couture week in Paris. He just had to keep it quiet until fairly recently, a challenge that surely couldn’t have been easy for the bubbly young designer.

Even in comparison to the other up-and-comers who’ve been named Amigos, Thoreson is unusually green: the show took place only a year and a half after his graduation. In the meantime, Thoreson interned at Chloé and now works at Paco Rabanne, while also designing costumes for drag friends and contributing looks for the French edition of Drag Race.

“I didn’t waste any time,” jokes the green-haired 25-year-old. Indeed, a full-fledged Paris atelier is bustling behind him, including a photographer whose regular flashes punctuate our conversation. So, you might ask, how did he make the accelerated journey from college corridors to a couture runway? Does he possess some sort of superpower? 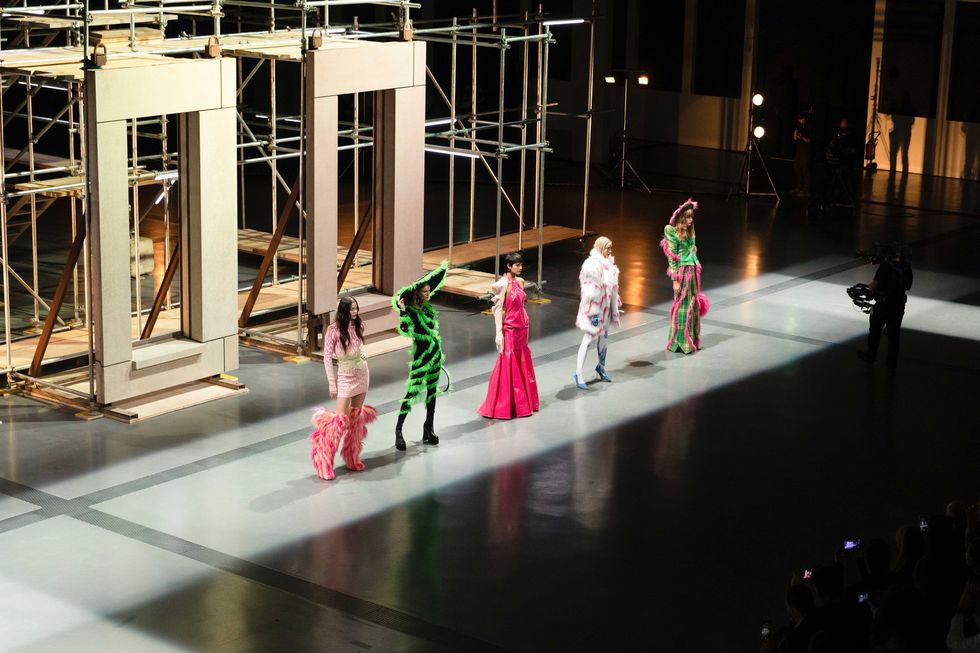 A look from Thoreson’s Geneva show.

In a way, yes. The moment came about after Thoreson met Richemont executive Mauro Grimaldi after his graduate fashion show at the Geneva University of Art and Design. That award-winning collection showcased his love of superheroes. Growing up with a Marvel-obsessed father, Thoreson loved watching Spider-Man weave his web, but his favorite characters were always the heroines, “the badass girls who had superpowers, where nothing can could get in their way.” As a kid, he found the idea comforting. “Sometimes you face weakness or you feel defenseless. I was dreaming of having these superpowers, so if someone wanted to mess with me, I could face it.” 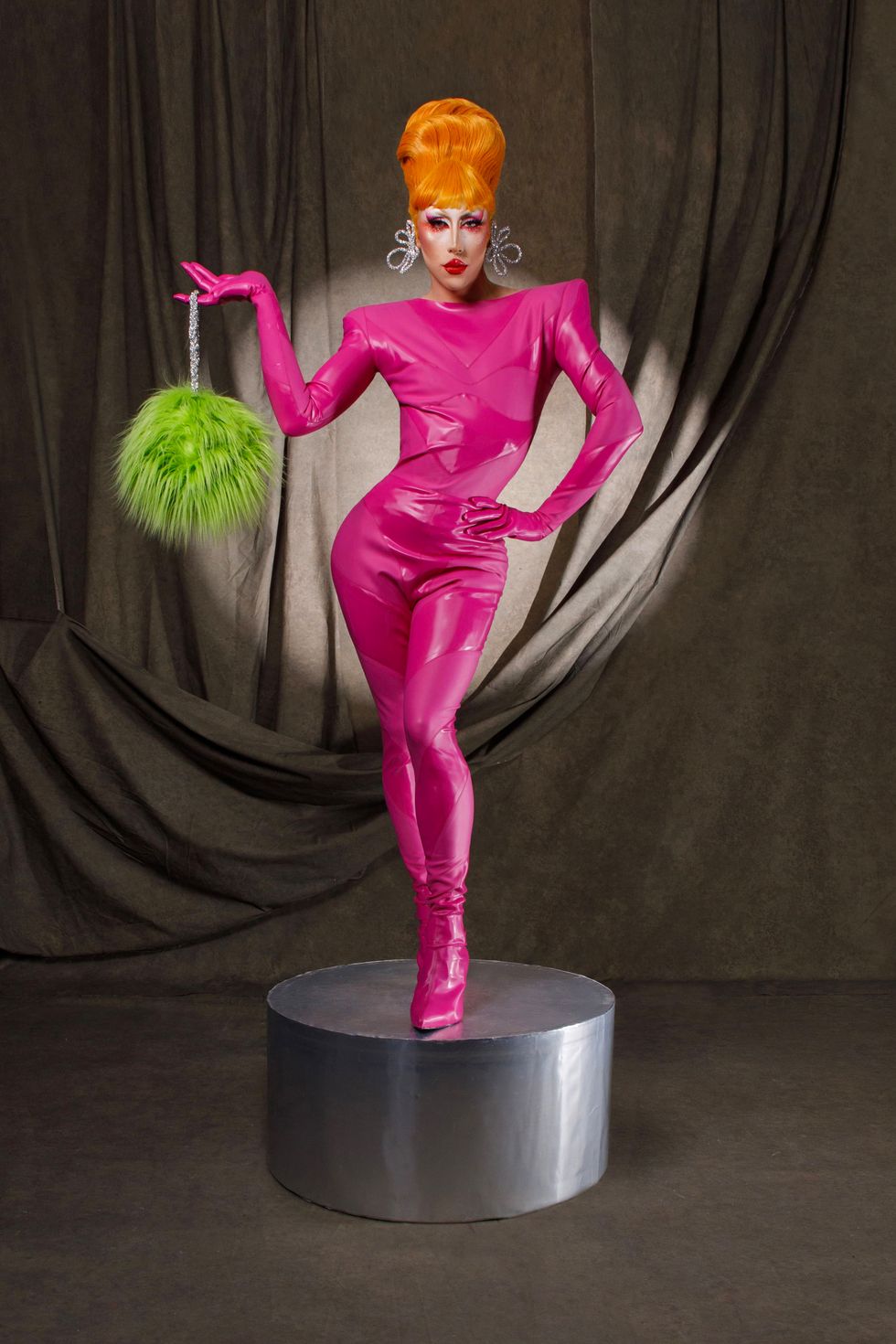 Drag Race France winner Paloma in a look from the AZ Factory collection.

Another major influence on his work has been drag culture. Thoreson got into drag during the COVID lockdown as “a way to express myself, because I was feeling so restrained. Every time I did a makeup [look], I’d post it on Instagram to get people’s reaction.” He also used it, he says, as a way to “escape the male gaze.” Thoreson ended up connecting with drag queens on the platform and, after moving to Paris, in person, and found that many in the community had strained relationships with their families as a result of coming out as queer or doing drag, which, he notes, can be “another coming-out, sometimes.” Creating their own found families often became a necessity. With his designs, he says, “I create sisterhoods, which is very important in the drag community.” 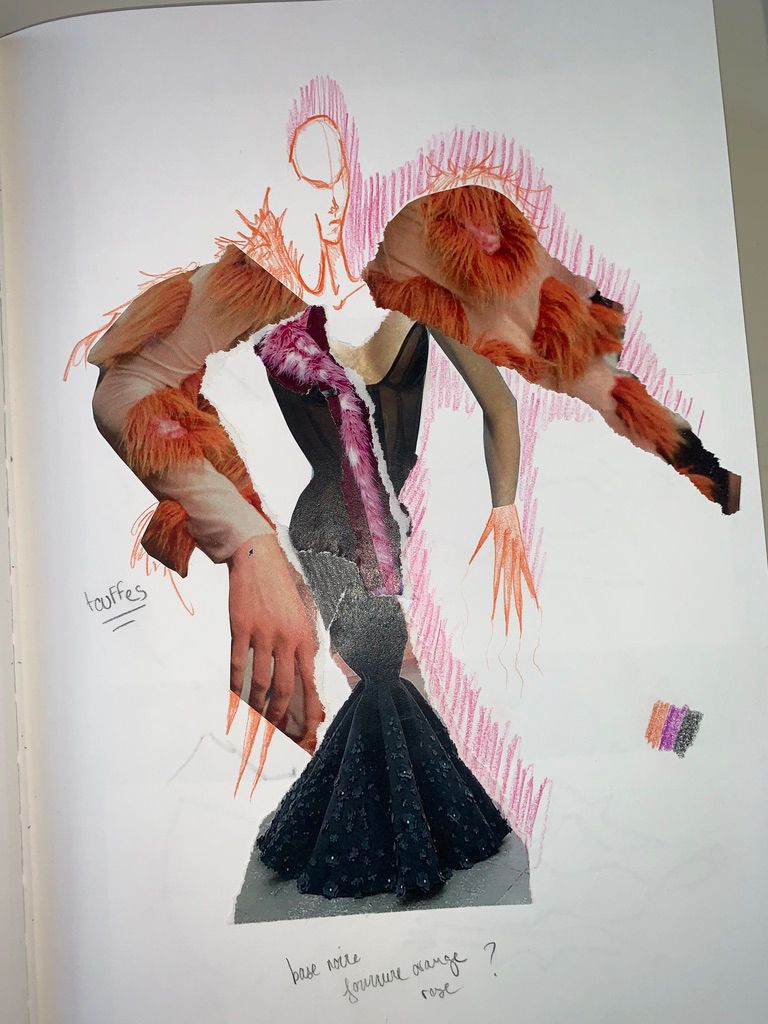 One of Thoreson’s sketches for the collection.

While Thoreson never got to meet the late Alber Elbaz, he attended “Love Brings Love,” the exhibit on the designer at the Palais Galliera. “I could see that all the designers really had affection [for him],” he says. “In this fashion atmosphere, which is brutal most of the time,” Elbaz found a way to bring “subjectivity and sensitivity, which really resonates with me.” His legacy is one of “inclusivity, positivity, power, and joy.” 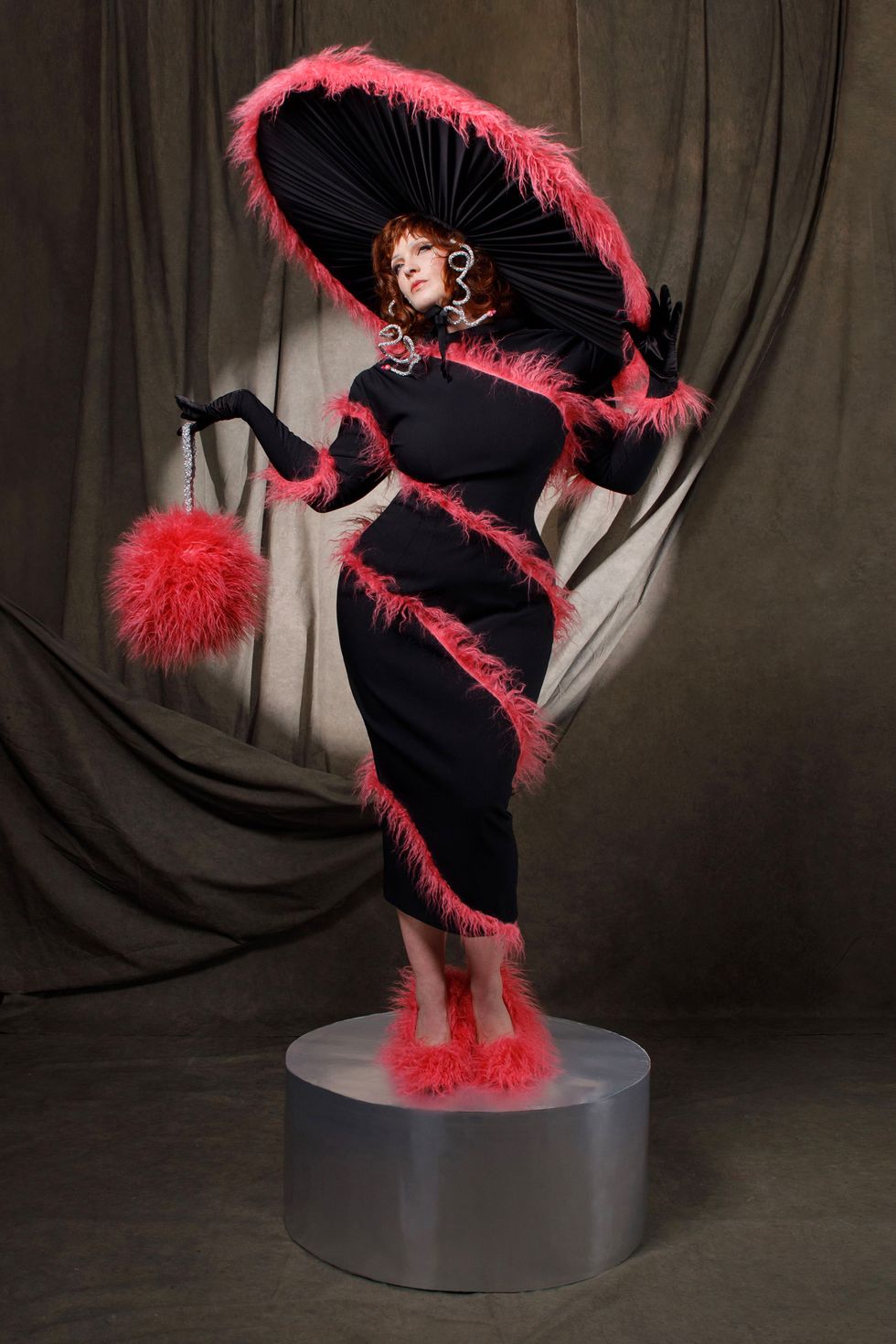 A look from Thoreson’s collection for AZ Factory.

Those words could also describe Thoreson’s show for the brand. “I didn’t want just to do a basic runway, which is super boring,” he tells me. Instead, the cabaret-style show last night at the Paradiso Club, titled “Super Heroines,” was a colorful, theatrical celebration of self-expression, complete with singing, fire-eating, snatched neon catsuits, and faux fur-trimmed picture hats. The 12 models were each given superpowers to act out. The goal, he says, was “to show you can be as big as you want. Everything is allowed.” After all, both superheroes and drag queens are larger than life. 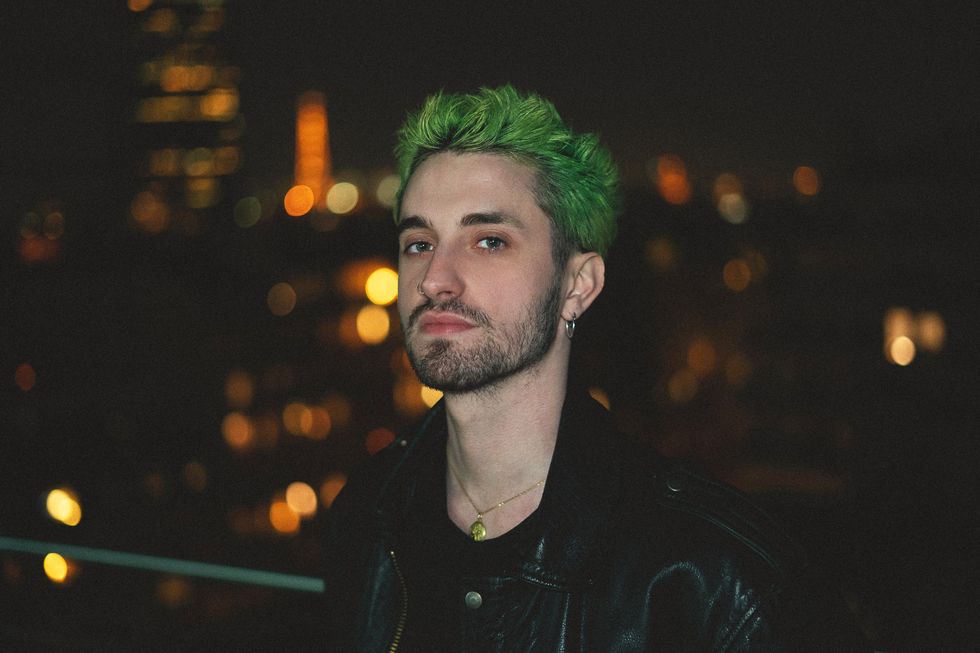 Thoreson’s participation during couture week is part of an ongoing trend of younger, more avant-garde-oriented talents finding their way to the form (see: Area, Pyer Moss, Charles de Vilmorin. ) “I understand that [couture] could sound not relevant, but for me, it’s also the moment to be surprised and to surprise people,” and to emphasize craftsmanship, he says, noting that all the pieces were hand-created by seamstresses. “When I was a student, I was doing everything by hand by myself. I know a lot of students hate sewing, but I really loved it.”

In this time of austerity, scaling back, and “stealth wealth,” Thoreson is sticking with maximalism. “Why be boring when you can be extra?” he says. “That’s my motto, because for me, as a drag queen, we need to be extra, we need to [put on] a show. Even if you are wearing something simple, you have to give something.”

In “Church Girl,” Beyoncé Reminds Black Women That Our Bodily Autonomy Is Divine
27 Valentine’s Day Gifts for Every Kind of Woman
How Claire Sulmers Went From Crashing Designer Parties to Hosting Her Own Fashion Show
Are You Ready to Free the Nipple This Spring?
Beyoncé’s Next Ivy Park Collection Is Coming—Here’s Everything You Need to Know