Selena Gomez embraced being more on Instagram after taking a years-long break from the platform, sharing an Instagram Story to clarify her relationship status after reports of her dating The Chainsmokers’ Drew Taggart emerged. The two were photographed bowling in New York City last weekend, and a source told Page Six the pair were seen “making out” like teenagers.

But Gomez is very much not taken, she made clear on her story last night. The singer posted a photo of a man looking down with the text “I like being alone too much,” written on it. She added in her own text box, “#iamsingle.” Gomez took the Instagram down almost as quickly as she posted it, but fans captured screenshots in the few minutes it was up. 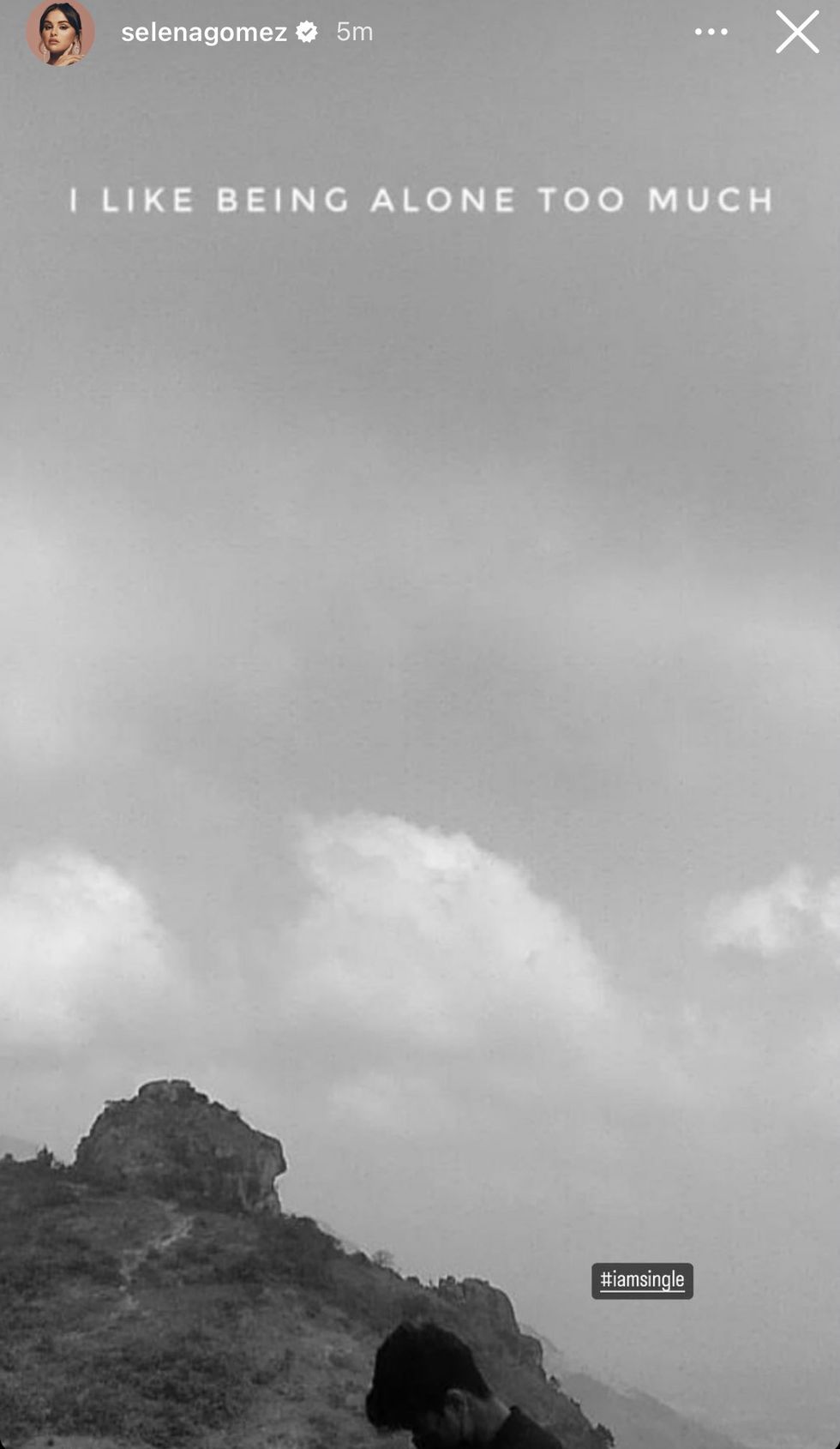 Selena Gomez’s Instagram Story on her relationship status before it was taken down.

A source told Entertainment Tonight on December 29 that Gomez was “open” to finding love in the new year but wasn’t seeing anyone then. “Selena is feeling positive and optimistic,” the source said. “She is open to dating.”

Gomez has since been rumored to be dating two people she isn’t in reality: her new close friend Nicola Peltz Beckham’s brother Brad Peltz and now Taggart.

When Us Weekly reported Taggart and Gomez were seeing each other, the outlet’s source stressed it wasn’t serious. The source called the two “very casual and low-key.”

“They aren’t trying to hide their romance by sneaking around at members only clubs,” the source said, explaining they had gone on public dates, including “bowling and [going] to the movies.”

Gomez was “so affectionate [with him],” the source said. “Selena can hardly keep her hands off him. [They’re] having a lot of fun together.”

The source also had intel on Taggart’s very recent breakup with his last girlfriend, Eve Jobs, who joined him on his New Year’s Eve vacation. That reporting, combined with Gomez’s rumor-debunking Instagram Story last night, suggest Us‘s source may be more connected to Taggart than Gomez herself.