On January 27, Kendall Jenner joined Hailey Bieber at a Pilates studio in West Hollywood. They arrived in masks per COVID-19 guidelines, Jenner in black leggings and Bieber in olive. Jenner was wearing a light grey hoodie and Bieber carried a small purse slung over her green zip-up jacket with a tall collar. Both wore shades as they entered the studio and shoes matching their respective outfits. 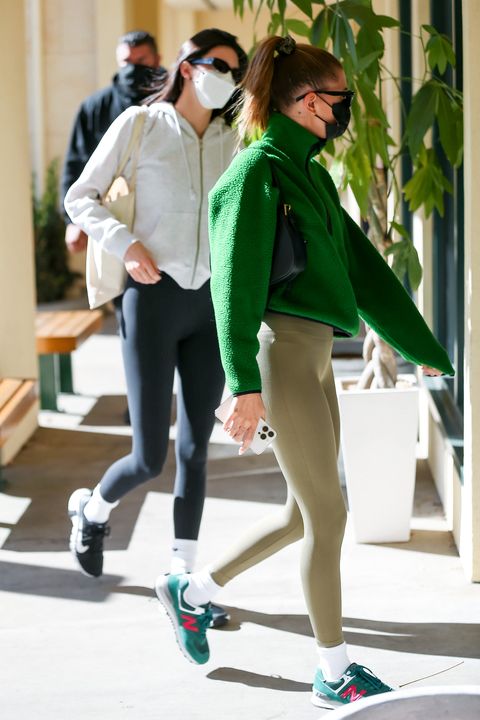 As they each exited their pilates class, their outerwear was off. Jenner’s toned abs were on display as she walked back to her car in a grey tank top, a large white bag on her arm and a water bottle in one hand. 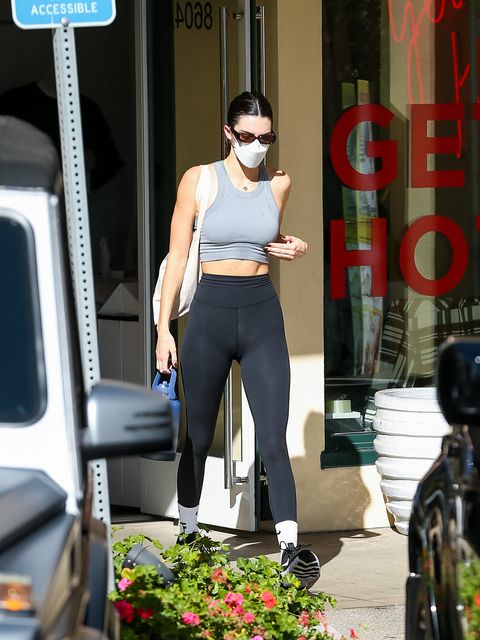 Bieber carried her jacket, revealing an asymmetric top that matched her leggings, and a thin chain around her neck. There was another chain hanging across her defined stomach in two loops. 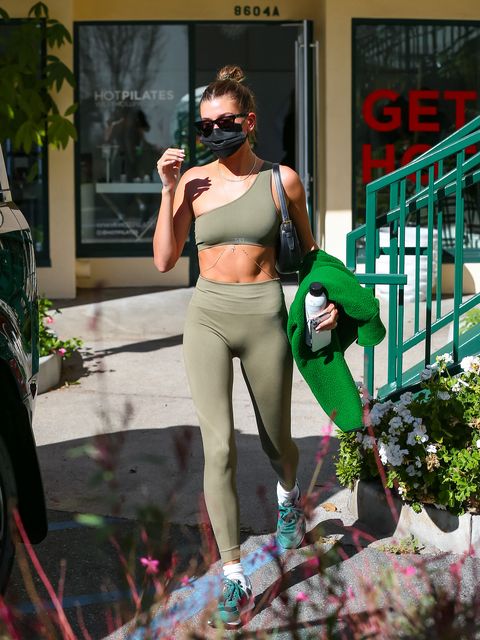 Jenner and Bieber have been close friends for years. In a 2018 interview with Elle, Jenner said, “[Hailey] was actually best friends with Kylie, and I was good friends with her cousin Ireland [Baldwin]… Hailey lived in New York, and whenever we were there, we would hang out with her … From then on, she was my homie.”

She added, “At first, Kylie [Jenner] was mad; I had to bring them back together and be like, ‘No, it’s okay, guys.’ But it’s all good; that’s our love story.”

Hailey Bieber is married to Justin Bieber, and Jenner has been seen socializing with the couple. In October of 2021, they were spotted at a Los Angeles Lakers game at the Staples Center in Los Angeles, where Jenner’s boyfriend Devin Booker was playing for the Phoenix Suns. 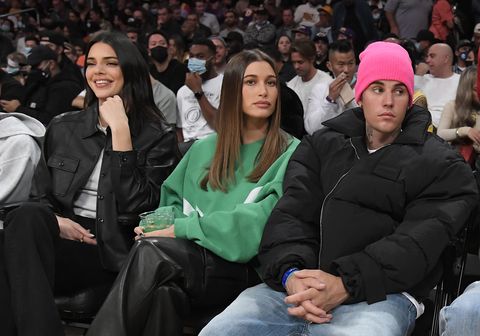 Jenner and Booker have known one another since 2018, but they did not confirm they were in a romantic relationship until February of 2021.