The big event behind Kate Middleton and Prince William’s Boston trip has arrived: The couple attended this evening’s Earthshot Prize Awards ceremony, dressed like British royalty, naturally. The Princess of Wales wore a lime green Solace London dress with her hair styled down. Kate rented the dress from HURR, a UK rental platform, per People. She accessorized with a diamond and emerald choker that belonged to the late Princess Diana.

She and William were more affectionate than usual on the red carpet, holding hands at one point: 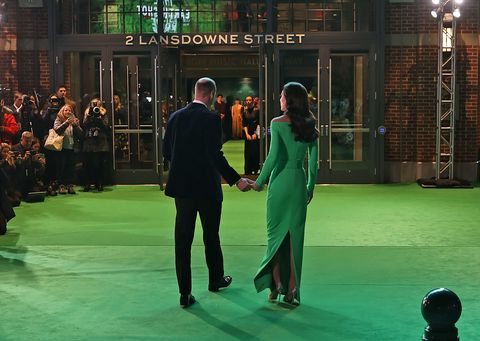 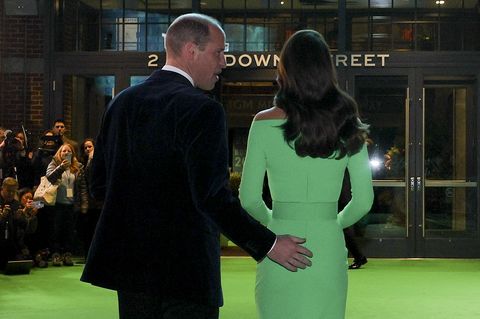 The outing comes hours after the princess wore a houndstooth belted dress during the day for a visit to Harvard University. Regarding the appearance, the couple shared on Instagram: “Advances in science are at the heart of The Center on the Developing Child at Harvard. Great to see how international collaboration with The Centre for Early Childhood is facilitating the sharing of best practice on the early years across the Atlantic.” 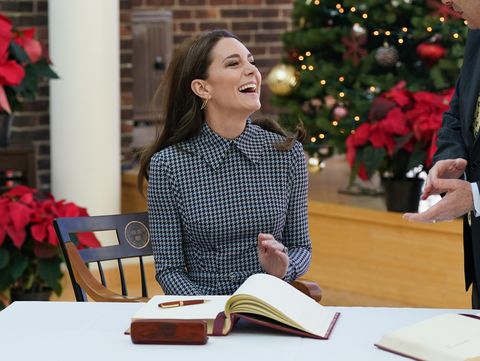 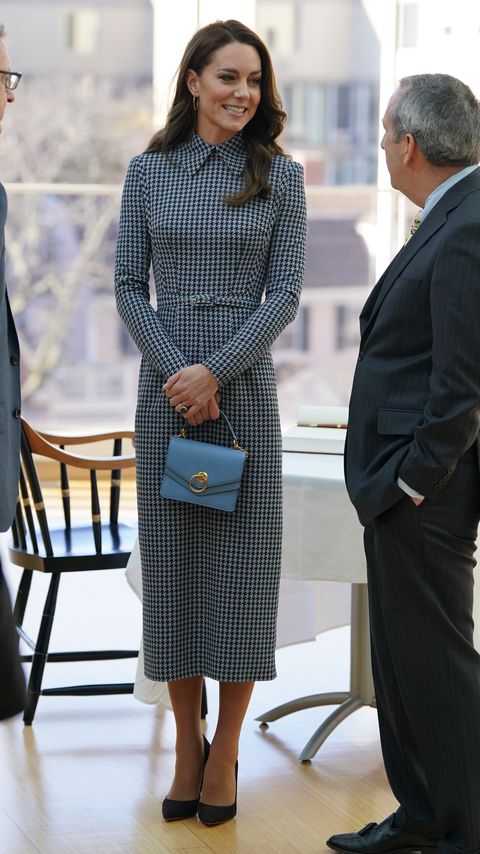 While William and Kate have remained focused on events, their visit hasn’t been without some controversy. The two arrived amid a racism scandal at the palace and as Netflix released the first teaser for Prince Harry and Meghan Markle’s documentary, which features the Duke and Duchess of Sussex addressing the royal drama that led them to step back from their senior working royal family roles. A photo of Kate and William glaring is featured in the trailer.

Kate and William were out the morning the trailer was released, but, unsurprisingly, neither the Prince and Princess of Wales nor their spokesperson have addressed the documentary. They were also booed at a Boston Celtics basketball game the night before. They have not commented on that either. However, their spokesperson did address the racism scandal, saying that while the couple was not at the event where the incident took place: “Racism has no place in our society. The comments were unacceptable, and it is right that the individual has stepped aside with immediate effect.”

As they arrived in Boston, William shared a note expressing his feelings about embarking on his first royal tour since the Queen passed away.

Catherine and I are delighted to be back in the United States and are extremely grateful to Governor Baker and The First Lady of Massachusetts for their warm welcome into Boston.

On this, our first overseas visit since the death of my grandmother, I would like to thank the people of Massachusetts and particularly of Boston for their many tributes paid to the late Queen. She remembered her 1976 bicentennial visit with great fondness.

My grandmother was one of life’s optimists. And so am I. That is why last year we launched The Earthshot Prize with the ambition to create a truly global platform to inspire hope and urgent optimism as we look to save the future of our planet.

To the people of Boston, thank you. I’m so grateful to you for allowing us to host the second year of The Earthshot Prize in your great city. Catherine and I can’t wait to meet many of you in the days ahead.