For the past couple of months, Katie Holmes has been dating New York City chef Emilio Vitolo Jr., with the couple being photographed out in the city regularly. Amid reports that the couple’s romance is becoming “serious,” Entertainment Tonight spoke to a source about how Katie spent the Thanksgiving holiday and what her relationship is like with her 14-year-old daughter Suri Cruise now as she introduces Emilio into Suri’s life, too.

The three spent part of the Thanksgiving holiday in the city before Suri and Katie went on a trip to upstate New York for the weekend, just the two of them. They left Saturday after spending some time with Emilio in the morning. 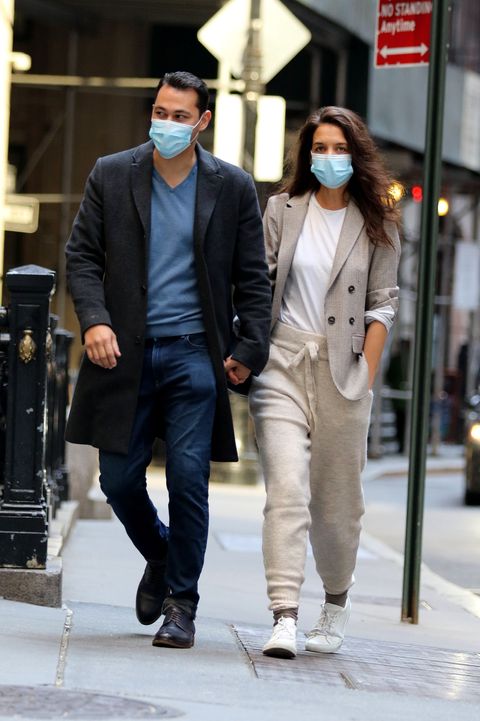 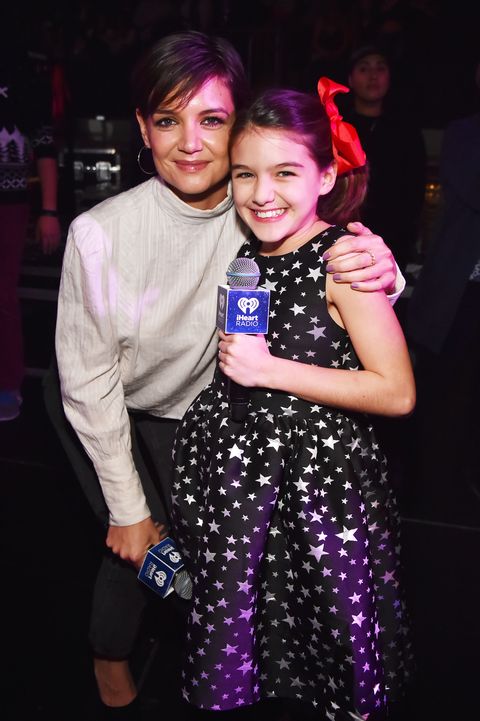 Prioritizing Suri and their alone time is important to Katie, even as her relationship with Emilio continues to strengthen. “Katie and Emilo have been inseparable since they officially became a couple,” the source said. “He adores Suri and they get along great, but Katie has always been really good about ensuring she and Suri continue to have a lot of quality time just the two of them.”

ET’s report on Katie’s Thanksgiving holiday with Emilio comes shortly after Us Weekly spoke to its own source about how wildly in love Emilio and Katie are. “Katie has been on cloud nine ever since Emilio came into her life,” Us‘s source said in mid-November. “She doesn’t care what people may say about rushing into the romance. In her mind, this is the real deal, they’re riding a beautiful wave together, and she’s already decided it’s got the potential to go all the way.”

“Emilio doesn’t seem to have a negative bone in his body and he treats her like a total princess,” the source added. “For the first time in longer than she can remember, there’s a guy by her side whom she knows has her back no matter what, and that counts for so much.”

Alyssa Bailey
News and Strategy Editor
Alyssa Bailey is the news and strategy editor at ELLE.com, where she oversees coverage of celebrities and royals (particularly Meghan Markle and Kate Middleton).

Are You Ready to Free the Nipple This Spring?
Charlotte Tilbury Wants More Pillow Talk With You
Fans React to Harry Styles Winning Album of the Year Over Beyoncé at the 2023 Grammys
How Anitta Got Ready for Spotify’s Best New Artist Party Ahead of the Grammys
All the Best Looks from the 2023 Grammy Awards