Ryan Reynolds is co-starring in a new version of the classic tale A Christmas Carol with comedian Will Ferrell, a musical title Spirited. Because it’s a musical, it requires quite a bit of fancy footwork. Reynolds has many talents, but dancing doesn’t necessarily come naturally to him. He shared a cute clip of his choreography lesson on Instagram in which he and Ferrell are working hard at learning their steps.

“You’ve got to be willing to be bad at something if you want to be… slightly less bad at it? Here’s Will and I proving that point!” Reynolds captioned the video of the two actors in the studio.

“We’re so humbled by all the love for #Spirited on @appletvplus,” he added.

Reynolds’ wife, Blake Lively, is obviously very in love, because her response to the goofy shuffling was adoration.

“Can you get pregnant while pregnant??” she asked in the comments section. 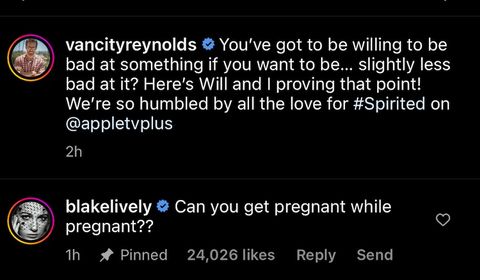 Lively is currently pregnant, so the question is relevant to her. The couple share three girls already, James, 7, Inez, 5, and Betty, 3. Lively is carrying baby number four, which she confirmed in September by arriving at the red carpet of the 10th annual Forbes Power Women’s Summit with her baby bump on full display. 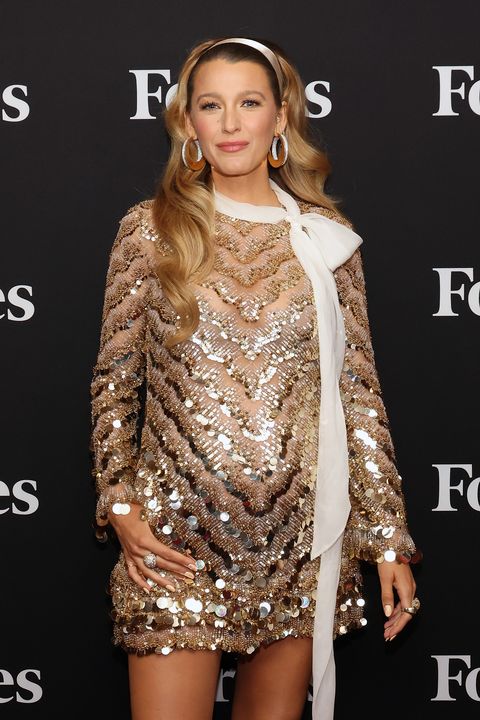 Earlier in November, Reynolds explained how his kids are feeling about the upcoming arrival.

“Oh yeah, they’re in. They love it. They’re ready,” he said. “We’re very excited. You know, you’d have to be a moron to do this four times if you didn’t like it. It’s going to be nuts, but we’re very excited.”

Reynolds has said he wants to take a break from acting, just after Spirited wrapped in October 2021. In an interview LinkedIn News’ Jessi Hempel, Reynolds explained he wants for time with his children.

“The biggest thing for me… is that I don’t want to miss this time with my kids,” he said. “I want my kids to have a pretty normal schedule. For many years when my wife Blake would shoot a film, I would not shoot a film and I would be with the kids and vice versa. So we would sort of trade off. We never really worked at the same time. But always we were away. So the kids were away too… It is a juggling act.”

Aimée Lutkin is the weekend editor at ELLE.com. Her writing has appeared in Jezebel, Glamour, Marie Claire and more. Her first book, The Lonely Hunter, will be released by Dial Press in February 2022.